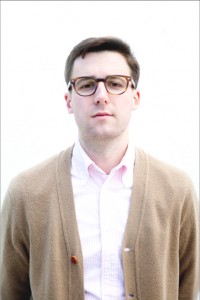 The most iconic music is that which not only transports the listener to a specific time or place, but also manages to remain contemporary and relevant. Bespectacled SoCal crooner Nick Waterhouse manages to tread this fine line of musical mastery and is set to showcase his well-honed craft on his upcoming spring tour across the US.  Waterhouse’s live performances capture the raw analog energy of smoke-filled 60’s-era Detroit and New Orleans R&B clubs but remains groundbreakingly fresh. LA Weekly affectionately calls him ‘the young man who makes old R&B” and the LA Times pegged him as one to watch at this year’s SXSW.  The live show is a stage set for a devotee and fan of an era to pay respect to what made music renowned in the past and what can be channeled to make music as important today and in the future. Performing on vintage mid-century equipment and accompanied by backup singers and a full band, The Tarots, Waterhouse fully orchestrates his vision of keeping one foot firmly planted in America’s musical heritage and another proudly stepping into the future. The tour kicks off on April 13th in Pioneertown, CA and traverses back and forth between the American coasts during April, May and June.

Nick Waterhouse’s spring tour is coordinated with the May 1st release of his debut album Time’s All Gone on Innovative Leisure. His previous recordings have perked the ears of many avid record crate diggers who yearn for a contemporary sound that draws from the R&B, doo-wop, soul and rock and roll of the past. With his ’45 for “Some Place” selling for more than $315 on eBay, it is clear that Waterhouse has garnered a strong and devoted fan base.  The live show promises more of all the outstanding praise which Waterhouse has already received!

5/17 Washington, DC-6th and I Synagogue – Downstairs

NICK WATERHOUSE ON YOURS TRULY