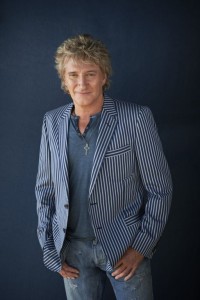 Rod Stewart has just announced plans to launch his eagerly anticipated “Live the Life” tour in North America this Spring. Stewart will be joined by legendary artist, Steve Winwood for an unstoppable evening of hits from two of rock music’s most seminal artists.  The “Live the Life” tour is set to kick-off in Chicago on April 10 and play ten arenas throughout North America including dates in New York, Newark, Philadelphia, Boston, Montreal, Toronto, Atlanta, Detroit and Greensboro, NC.

Tickets for the tour go on sale beginning Saturday, December 8th.   For all concerts except Greensboro, NC, fans can purchase tickets via aeglive.com; for Greensboro, tickets can be purchased through livenation.com.

Rod Stewart confirmed the tour during an interview on Live! With Kelly and Michael saying, “I’m thrilled to be touring with Steve Winwood.  He is truly part of the rock and roll’s enduring tapestry.”

The announcement of the “Live the Life” tour caps-off one of the most successful and critically-acclaimed 12 months of Stewart’s career – most recently with the release of his first holiday album, Merry Christmas, Baby, which scored him his 16th Top 10 album on the Billboard 200 and includes the #1 AC hit single “Let It Snow.” Coinciding with the album release this fall, Stewart became a New York Times bestselling author with the release of his critically heralded first memoir, ROD: The Autobiography and in September returned to his sold-out residency at The Colosseum at Caesars Palace  – adding concerts through February 2013.  Stewart’s year began on a high note with his second induction into the Rock & Roll Hall of Fame alongside the Faces, followed by his reuniting with Stevie Nicks to reprise their chart-topping tour. Earlier in the month he also revealed that he’s nearly completed work on his first original rock studio album in almost 20 years.

Joining Stewart for the tour is special guest, Steve Winwood, a fellow Rock and Roll Hall of Famer who was a key member of seminal groups The Spencer Davis Group, Traffic, supergroup Blind Faith and Go.  Throughout his extraordinary five decade career, Winwood has won two Grammy Awards and was hailed #33 on the 100 Greatest Singers of All Time by Rolling Stone Magazine in 2008 for his hits such as “Gimme Some Lovin,” “Dear Mr Fantasy,” “Can’t Find My Way Home,” and “Higher Love.”