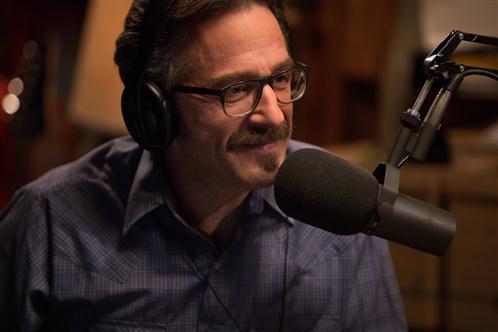 CREATED BY, STARRING AND BASED ON THE LIFE OF

This spring, comedian, writer and podcaster Marc Maron is bringing his world of problems, attempts at redemption and brood of cats back to IFC for 13 new half-hour episodes of his comedy series Maron. Revolving around Marc’s life and his successful WTF podcast (www.wtfpod.com), each episode lays bare the misguided attempts of a man who is trying to grow, but often finds himself asking, “We good?” Maron season two premieres May 8 at 10:00pm ET/PT on IFC.

In this new season things appear to be looking up for Marc, yet he continues to sabotage his professional, romantic and personal relationships. His dysfunctional family is taken to new “highs” when the entire clan is forced to co-exist in the same house for the first time in decades, and Marc’s closest companionship ends when his beloved cat Boomer goes missing. This next chapter proves that the more things change in Marc’s life, the more they stay the same.

Returning this season is Judd Hirsch (Ordinary People, Damages, This Must Be the Place) as Marc’s scheming father, Sally Kellerman (MASH) as his passive aggressive and self-absorbed mother, Andy Kindler (Bob’s Burgers, Everybody Loves Raymond) as close friend and Josh Brener (The Internship, Silicon Valley) as his overly eager assistant. Joining this close-knit circle is comedian and fellow podcaster Dave Anthony (Walking The Room podcast) who adds a fresh layer of complication to Marc’s chaotic life.

Catch up on the entire first season of Maron available now on Netflix.

For updates on Maron, please check out: