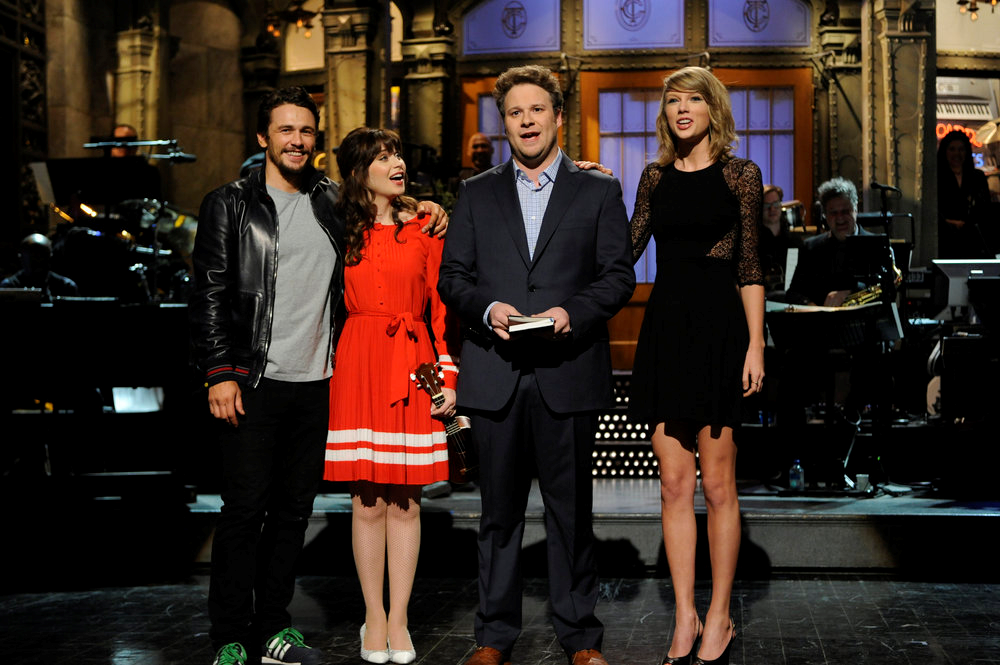 NBC will air a three-hour live special on Sunday, Feb. 15, 2015 in celebration
of the 40th anniversary of the iconic franchise “Saturday Night Live.”

Past and present cast members, as well as special and musical guests from the show’s incredible five-decade run, will appear on the telecast, with the specific lineup of guests to be determined in the coming months.

“‘Saturday Night Live’ is an institution unlike anything else in television history,” said Robert Greenblatt, Chairman, NBC Entertainment. “The many brilliant ‘Not Ready for Primetime Players’ over the years is a who’s who of film and television comedy for the last two generations. The roster includes everyone from the iconic first cast in 1975 to household names ranging from Eddie Murphy, Billy Crystal, Dana Carvey, Mike Myers, Will Ferrell, and Adam Sandler, to Kristen Wiig, Tina Fey, Amy Poehler, Jimmy Fallon, and Seth Meyers — to name only a few.

This brand, which is still one of the highest-rated comedies on television, was the brainchild of Lorne Michaels, who still presides over the whole enterprise today. This special is just one of the many ways we plan to celebrate ‘SNL’s historic 40th season next year.”

“Saturday Night Live” has won 40 Emmy Awards, the most for any show in television history. “SNL” also holds the title for the most nominated television show in Emmy history with 171 nominations. “SNL” has been honored twice, in 1990 and 2009, with the
prestigious George Foster Peabody Award and cited as “truly a national institution.”

“Saturday Night Live” was inducted into the Broadcasting Hall of Fame by the National Association of Broadcasters. The show continues to garner the highest ratings of any late-night television program, entertaining millions each week.