FACE OFF TO RETURN FOR 7TH SEASON 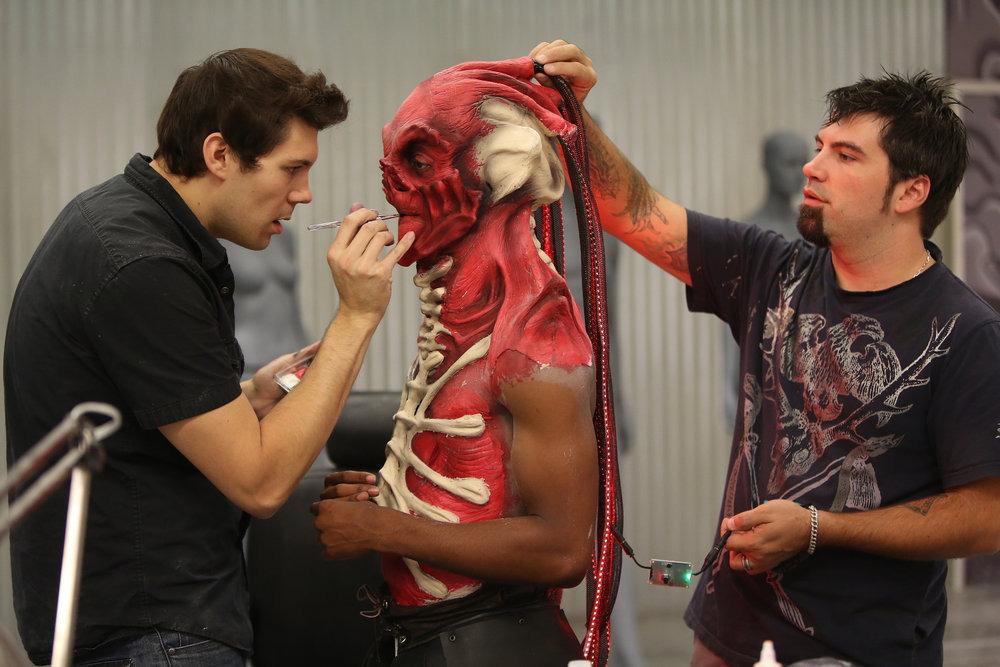 After a bold and extreme season of competition, three artists remain in the
fight for the title of season 6 Face Off champion – George Schminky of Walnut
Creek, CA by way of Puerto Rico; Rashaad Santiago of Bronx, NY; and Tyler Green
of Litchfield, CT. For their final challenge, they will each create a pair of
rival alien races, all of whom will be performing in an electrifying dance
performance for world famous music producer and DJ, Rusko. The season 6 finale
episode of Face Off airs Tuesday, April 22 at 9PM ET/PT on Syfy.

Syfy also confirms that the critically-acclaimed series will return in July 2014 for
a high-stakes 7th season themed “Life and Death.” Each week the contestants will
face creative challenges designed to inspire them to explore life, death,
rebirth and mortality. Season 7 will also introduce new judge, Lois Burwell, a
renowned Academy-Award winning makeup artist known for her work on Lincoln,
Braveheart, Saving Private Ryan, War Horse and War of the Worlds.

Face Off is a competition/elimination series exploring the world of special-effects
make-up artists and the unlimited imagination that allows them to create amazing
works of living art. As a member of the multi-generational family dynasty whose
name is synonymous with the make-up effects field, actress McKenzie Westmore
brings expertise to her role as host of the series.