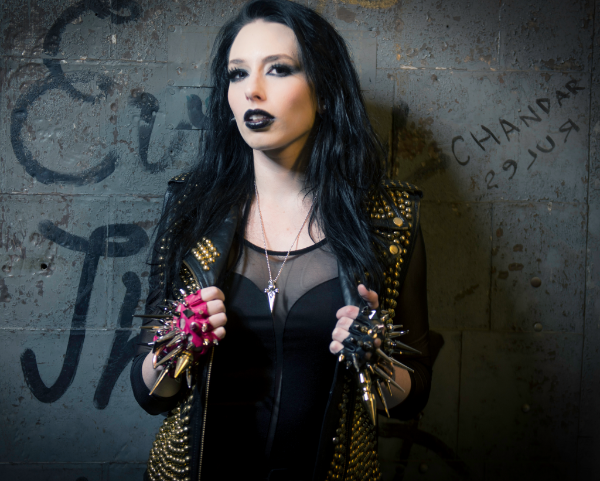 Madame Mayhem is one of the most striking rock performers to come along in some time – as seen in the new official video for the song “Left For Dead.” Created by Industrialism Films, the clip can be viewed via this link:
https://youtu.be/Vv-1rVG8oo4

“Left For Dead” comes from the album, ‘Now You Know,’ and was written by Corey Lowery and Madame Mayhem. According to the singer, “‘Left For Dead’ expresses the struggle of both a tumultuous relationship, and internal conflict with yourself to not be held down and to move forward.”

Also upcoming is a string of dates in February and March opening up for the one and only Doro, including stops in Tampa, Atlanta, Charlotte, and Poughkeepsie, among other locations. “Really excited to be heading out on the road with Doro,” says Madame Mayhem. “Can’t wait to give the audiences shows to remember.”

The album has also received rave reviews from the likes of Rock Revolt (“With the types of songs this fantastic group created and the vocal approach Madame painted over each track I have to say we have a winner”) and Hard Rock Haven (“Hopefully this album is the start of something big! Madame Mayhem’s Now You Know is highly recommended for fans of hard rock and melodic metal!”), among other outlets.