FOGHAT ISSUE VINYL VERSION OF “UNDER THE INFLUENCE” 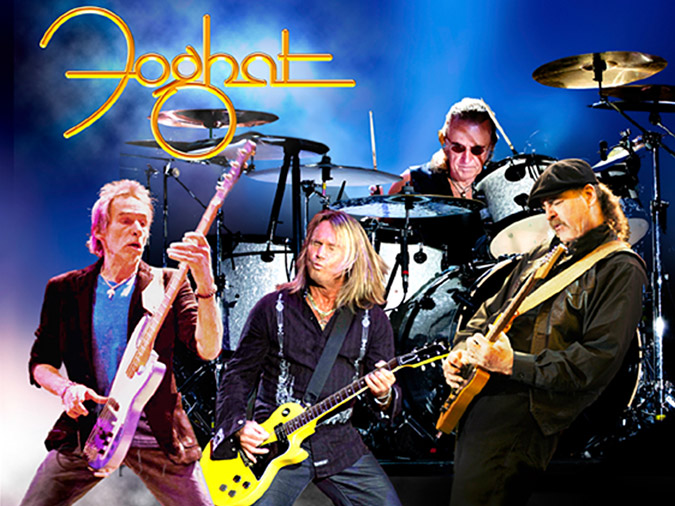 With the popularity of vinyl coming back strong in recent times, what better band to get the vinyl treatment than Foghat – who is sold a huge amount of vinyl in the ‘70s!
On October 21, the group’s own label, Foghat Records (foghatrecords.com), will be issuing a double/180-gram vinyl edition of their latest release, ‘Under the Influence.’
Additionally, select indie record stores will be giving away posters with purchase (and select stores are throwing listening parties for the LP along with tastings of Foghat Cellars Wines www.foghatcellars.com!).

“A couple of things I love about new vinyl releases is the re-emergence of an old art form – ie: album cover art and the return of high-quality analog audio played through great old stereos being pulled from the garage and resurrected,” says the band’s guitarist, Bryan Bassett. “It’s black, it’s shiny, it’s beautiful and some really nice noises come out of it! And you can actually read the liner notes and see the photos!” adds drummer, Roger Earl. 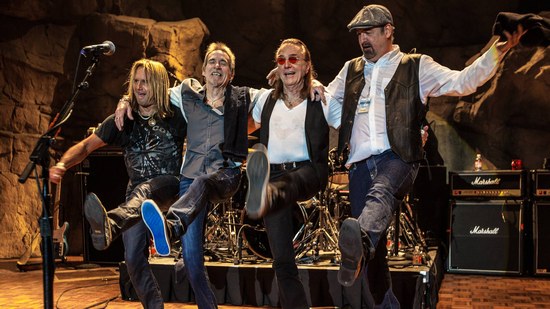 Since its initial release on June 24, ‘Under the Influence’ has already proven to be the most successful Foghat release in years – with their presence felt once more on the Billboard Charts (debuting at #17 on “Hard Rock Albums,” and at #40 on “Independent Albums”).

‘Under the Influence’ has already received rave reviews from the music press, as evidenced by toddstarphotography.com, which raved, “I’ll tell you, everything you guys did on this album in my mind steps up, because you guys kept that vintage Foghat groove, but you threw in – you called it Memphis earlier, but you kind of put a little more boogie in this than in some of your other efforts.”

Elsewhere, classicrockrevisited.com gave the album an “A” rating, stating, “Some bands not only defy time, they seem to exist outside of it. Foghat is one such entity. They are able to deliver, time and time again, music that is true to their nature, yet, despite not being the flavor of the day, sounds fresh and energetic. I suppose this is just an example of a band of brothers, who also happen to be first class musicians, remaining true to their vision. Suffice it to say, it works. Foghat has delivered a huge slab of bluesy, boogie rock that rivals any of their previous releases. This is an album of music, each song standing on its own merits with no filler. There is passion, honesty and most of all, a bunch of kick-ass, feel-good rock ‘n’ roll.”

And come October 21, record collectors will be able to obtain the latest jewel of their collection, with the vinyl edition of ‘Under the Influence’!

Listening parties at these indie record stores on October 21st at 7:00 P.M local time (in each time zone)

‘UNDER THE INFLUENCE’ VINYL TRACKLISTING:

Side 1
Under The Influence
Knock It Off
Ghost

Side 3
Made Up My Mind
Hot Mama
Heart Gone Cold

Side 4
Honey Do List
All Because of You
Slow Ride