The independent, annual, four-day festival will take place in Durham, North Carolina from May 18-21, 2017.

This year marks its 11th iteration honoring the spirit of inventor Bob Moog.

Durham, North Carolina: Today Moogfest announces their last and final additions to the 2017 festival, rounding out an already impressive lineup with DJ Premier, Zola Jesus, King Britt, Jana Hunter, Baltra, IDEO, Modular on the Spot, and Durham music collective The Floor. This announcement builds on Moogfest’s trajectory: balancing Future Sound (performances) and Future Thought (conference) conversations and workshops, with artists and technologists who participate in both sides of the program.

Grammy-award winning producer and half of the legendary hip hop duo Gang Starr, DJ Premier will grace the stage at this year’s festival. Premiere’s prized productions have threaded through the decades, defining the sound of multiple generations of hip-hop. Always evolving yet timeless, celebrated rappers and lyricists from KRS-One to Kanye West, have called on Premier to create the sonic foundation for their voices.

Dark wave electronic artist Zola Jesus is set to perform from her unreleased 5th studio album, TAIGA. Described by the artist herself, “The music on the record is massive, with big brass and beats, crystal clear vocals.” King Britt has prepared a Moogfest exclusive part live part DJ (hybrid set) fusing his mastery in track selection with live hardware electronics including two Mother-32s, while NYC-based producer Baltra will perform a DJ set showcasing his expertise of gritty underground techno productions.

Moogfest is proud to invite select 2016 participants to return this year, but has prompted them to contribute in entirely new ways. Last year award-winning design firm IDEO created a much-talked about sound installation. This year, they return to Moogfest with a host of top-tier minds in a workshop series that explores creative confidence, rapid prototyping and future narrative through the making of speculative sound machines. Last year, Moogfest alum Jana Hunter (Lower Dens) hosted a conversation with Laurie Anderson. This year she hosts a late-night DJ set. Modular on the Spot founders Eric (Rodent) Cheslak and Bana Haffar bring back their unique environment-specific outdoor eurorack synthesizer performances to downtown Durham.

Last year, the best underground after-party at Moogfest was organized by The Floor, a local collective known for amplifying the talents of regional DJs. For the 2017 festival, Moogfest organizers have partnered with The Floor to curate a lineup including DJ Bosslady, Andrius, Sound Resurgence, Ladyfingers, 3ZKL, and Strider — talent that is all local to North Carolina.

Today’s announcement also includes 6 additions to the festival’s film program —  Tony Conrad: Completely in the Present which examines the pioneering work and life of the artist Tony Conard;Tomorrow: Travel the World of Solutions a in-depth documentary exploring solutions to climate change from around the world; Two films led by Moogfest 2017 artist Zena Loxton SpeakUP: The Power of Lyrics, which follows the life of a group of creative activists, hip hop artists, and journalists who came together in 2012 to create a revolution through music in Senegal and SpeakUP: Women of Africa, which looks at Grammy-winner Angelique Kidjo journey in Dakar as she passionately meets young female artists, inspiring them to continue using their work as a platform for social change; Transfiguration, an official selection at the Cannes Film Festival, scored by Moogfest 2017 performer Pharmakon, which follows a troubled teens fascination with vampire lore; and Life in Waves, a film which explores Suzanne Ciani’s pioneering work through her eyes.

Below are some additional highlights from the artists announced today, and a closer look at some of the previously announced daytime programs.

Artist Krista Anne leads two limited-seating workshops on building a web-based music visualizer with code, intuition, and magic. Krista Anne is a North Carolina-based artist, focused on making the feminine experience and the logic of the heart visible in technology and business.

Black Quantum Futurism
In addition to his Future Sound set, King Britt also participates in our Black Quantum Futurism programming alongside Moor Mother, P. Michael Grego, and Travis from industrial avant-gospel band ONO. In a conversation moderated by Moniker Records’ Jordan Reyes, titled Prisms, Mirrors, Lenses: Tricks of Light, Time, and Sound in Afrofuturism, atemporality and spatial distortions are explored as a vehicle for representing black experiences in terms of art, literature, and beyond.

Spatial Sound
Professors Mike Roan, Charles Nichols, Tanner Upthegrove, Eric Lyon, and Ivica Ico Bukvic of Virginia Tech’s ICAT program bring this year’s Spatial Sound theme to life through an array of workshops and conversations. The workshops include a 3D Audio Space Jam in which participants control the location of sound in 3D space with interactive devices like the Leap Motion and WiiMotes; a session on Creative Coding for Spatial Sound where participants learn to code spatial effects using the free, open-source program SuperCollider; and a conversation with musician Ry X on what it takes to set up and operate a 24-channel immersive audio system.

Transhumanism
As announced previously, Google Brain’s Magenta project leads workshops exploring how machine learning can be used to create compelling art and music. Their workshops include an introductory session on the basics of training neural networks to generate musical sequences using the open-source Magenta library, an interactive “AI Jam Session” in which participants can play with the Magenta project’s newest technologies, and an advanced hackathon-styled workshop focused on the AI-based musical sequence generation API provided by the open-source Magenta library, which uses MIDI for communication.

SpeakUP: THE POWER OF LYRICS follows a day in the life of Y’en A Marre, a group of creative activists, hip hop artists, and journalists who came together in 2012 to create a revolution through music in Senegal.

SpeakUP: WOMEN OF AFRICA follows multiple-Grammy-winner Angelique Kidjo as she meets young female artists across Dakar, inspiring them to continue using their work as a platform for social change.

The Joyful Noise of STEAM
Written by Brandon Stosuy, illustrated by Amy Martin, and blurbed by Björk, “Music Is…” is a board book that introduces the many moods, styles, and senses of music to the youngest audiophiles. At Moogfest, Stosuy will read from the book, accompanied by a DJ set by Hisham Akira Bharoocha (Soft Circle, Kill Alters, Black Dice, Lightning Bolt, etc). Afterward, Bharoocha will DJ an all-ages dance party.

The Future of Creativity
VP of Insight at Trend Hunter Armida Ascano explores post-millennial identities and post-internet reality, drawing a distinction between those predicting the future and those creating it.

There is still time to get priority access to our vast array of unique workshops. To ensure that you get your seat, consider the Moogfest Engineering pass where you can build a festival-exclusive synthesizer with a Moog Music engineer, or a VIP Pass that grants you access to all of the activities of Moogfest plus select VIP areas.

About Moogfest
Moogfest is the synthesis of music, art and technology. Since 2004, Moogfest has brought together artists, futurist thinkers, inventors, entrepreneurs, designers, engineers, scientists and musicians. By day, Moogfest is a platform for conversation and experimentation. By night, Moogfest presents cutting-edge music in venues throughout the city. This mind-expanding conference attracts creative and technology enthusiasts for three days of participatory programming in Durham, North Carolina. Performing artists include early pioneers in electronic music, alongside pop and avant-garde experimentalists of today.

Engineer Festival Pass (limited quantity) – $1500
This two-day synth-building workshop, led by Moog engineers, invites a select group of enthusiasts to build their very own unreleased Moog analog synthesizer and sequencer. The hands-on workshop is conducted in two three-hour sessions within the Pop-up Moog production facility. No experience is necessary, but basic soldering knowledge is recommended. Participants in the Engineering workshop also have VIP access for the duration of the festival. Priority access to all festival venues for performances and conference programming: conversations, workshops, and installations. Access to exclusive VIP viewing areas and events and gift bag. Complimentary food and drink in select locations. Workshops are available via RSVP. Engineer Festival Pass holders will receive first priority on a limited basis. Pre-Sale Engineer Festival Passes available for a limited time, while supplies last. Buy here

VIP Festival Pass – $499
VIP access for the duration of the event.  Priority access to all festival venues for performances and conference programming: conversations, workshops, and installations. Access to exclusive VIP viewing areas and events and gift bag. Complimentary food and drink in select locations. Workshops are available via RSVP. VIP Festival Pass holders will receive first priority on a limited basis.

Festival Pass – $249
General Admission for the duration of the event. Access to all festival venues for performances and conference programming: conversations, workshops, and installations. Workshops are available via RSVP. VIP Festival Pass holders will receive first priority on a limited basis. 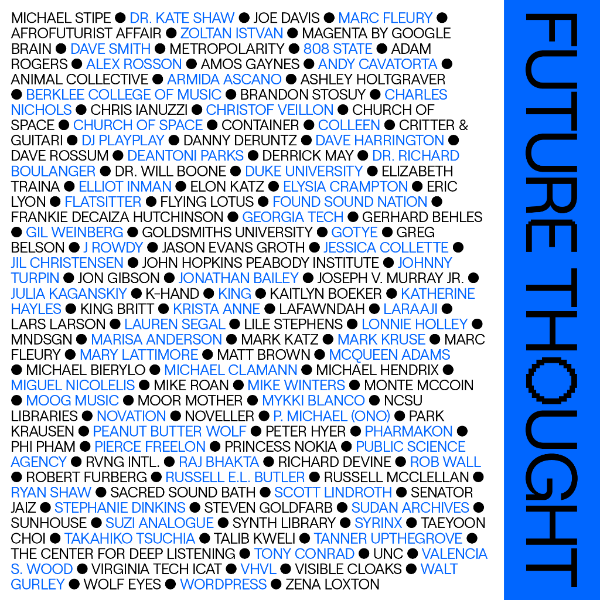