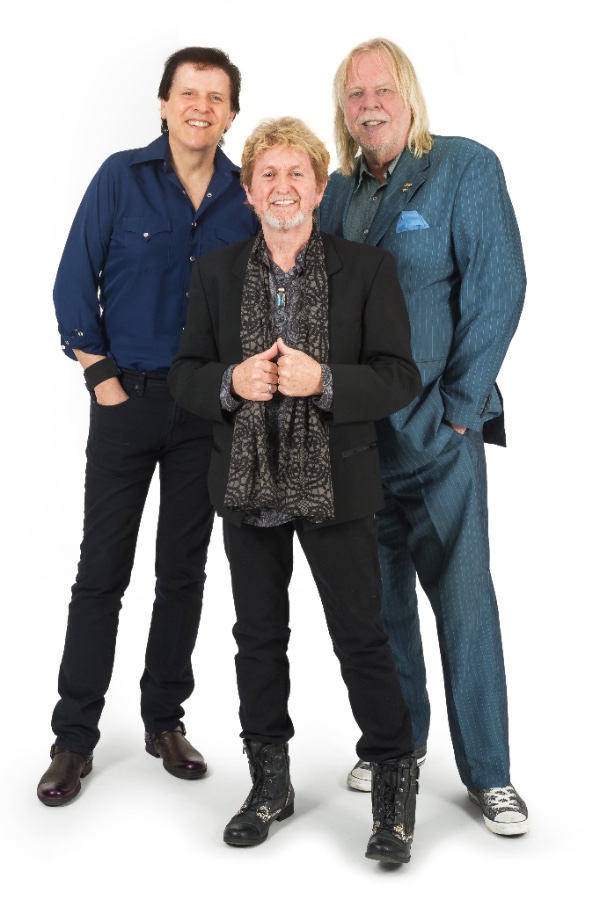 “It’s very simple,’ explains band founder and vocalist Jon Anderson. “The fans want it, we want it and it’s our right to use the name. YES music is in our DNA!”

Since reuniting for a U.S. tour in 2016, YES featuring Jon Anderson, Trevor Rabin, Rick Wakeman have performed sold-out shows in Israel, the UK, Belgium and Holland, and have a Japanese tour scheduled for April. Due to public demand, they return to tour the U.S. again from August 26th through October 11th. In addition to the tour dates, the trio will be recording new material throughout the summer for a projected album release of early 2018. Also upcoming is a DVD that was filmed at the final UK show of their recent European tour (at Manchester Apollo, on March 25th), for release later this year. And to the delight of longtime YES fans, all three were inducted into the Rock and Roll Hall Fame on April 7th.

The most successful prog rock group of all time, YES, was co-founded by Jon Anderson and the late Chris Squire in 1968 and went on to sell millions of units with releases such as Fragile, Close to The Edge, Tales From Topographic Oceans, Going For The One and 90125, as well as embarking on several record-breaking world tours.

Whilst Rick is predominantly associated with the ’70s “prog era” of the band (which saw YES become a worldwide stadium headliner) and Trevor associated with the ’80s “pop era” of the band (which furthered the band’s popularity – including the band’s biggest chart success), Jon is the bridge between both factions (as he was a member of both eras). The touring band line-up is completed by two extraordinary musicians – Lee Pomeroy on bass and Louis Molino III on drums – who help to ensure that YES’ immaculate artistic legacy remains intact.

The worldwide tour with YES featuring Jon Anderson, Trevor Rabin, Rick Wakeman is being produced by renowned concert promoter Larry Magid, who is considered an architect and leader of the modern concert business. With over 17,000 concerts and live events to his credit and still counting, he has produced national and international tours for YES, Billy Crystal, Richard Pryor, Bette Midler, Stevie Wonder, Robin Williams, Gladys Knight, The Isley Bros., Earth Wind & Fire, ARW, Il Divo, The Allman Brothers Band, Patti LaBelle, Grover Washington Jr. and many others. In 1985 Larry Magid, co-produced the American portion of Live Aid, and in 2005, he was the American producer of Live 8. In 2001, he produced the United We Stand concert at RFK Stadium to benefit the victims of the Sept. 11 attacks.
Confirmed 2017 YES featuring Jon Anderson, Trevor Rabin, Rick Wakeman Tour Dates
All shows are going on-sale shortly
Go to YESfeaturingARW.com for on-sale information
Additional U.S. and International dates to be announced soon