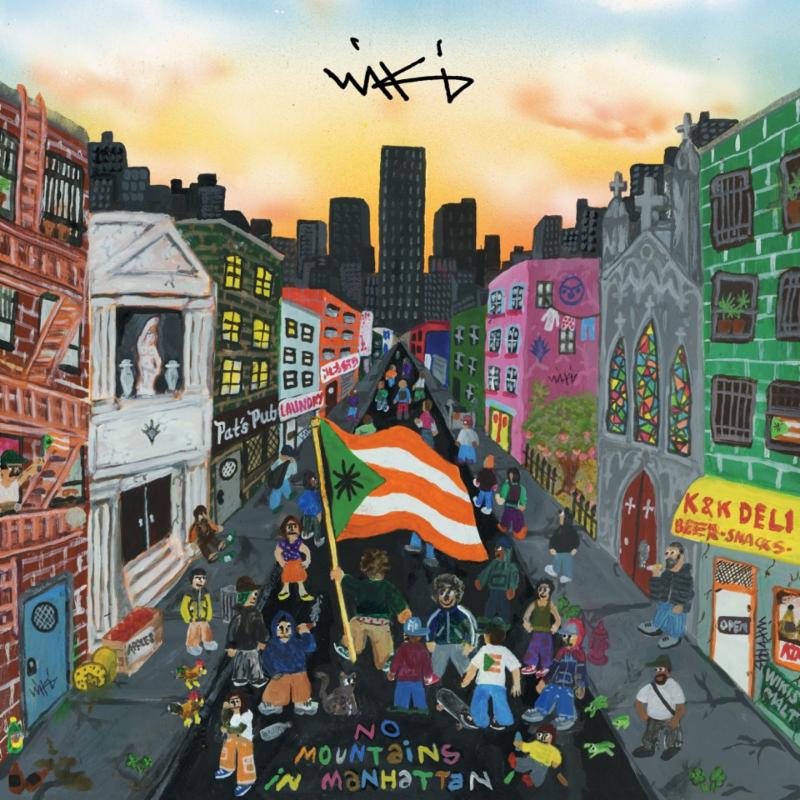 No Mountains in Manhattan’s cover art by Arvid Logan

On Sunday night Wiki’s tour of New York City’s 5 boroughs reached its finale at Manhattan’s Nuyorican Poets Cafe, where he performed for a packed room that included friends and family, Isaiah Barr of Onyx Collective and longtime mentor and Know Wave founder Aaron Bondaroff. Captured in full by Boiler Room, the entire performance is available to stream for the next week, including the moment during the show in which Wiki announced that his debut album No Mountains In Manhattan will be released soon via XL Recordings. Boiler Room has long been tied to underground cultures around the world making them an ideal partner to capture a historic moment in which downtown New York’s past, present and future gathered to celebrate.

No Mountains in Manhattan is a journey through the trials and tribulations of a coming to age experience in New York’s most populated borough. Entirely crafted in XL’s New York City studio, the album is New York to the core – featuring local emcees, from legend to novice. While Wiki’s 2015 mixtape, Lil Me, was a snapshot into the youthful energy of an artist on the brink of adulthood, No Mountains in Manhattan finds the now 23-year-old artist facing his demons head on as he tackles topics such as addiction, relationships, identity, and responsibility. No Mountains in Manhattan is an introspective narrative of Wiki’s life over the past year – a narrative that all young adults can relate to – a journey of peaks and valleys, of loss and gain, with a conclusion of understanding.