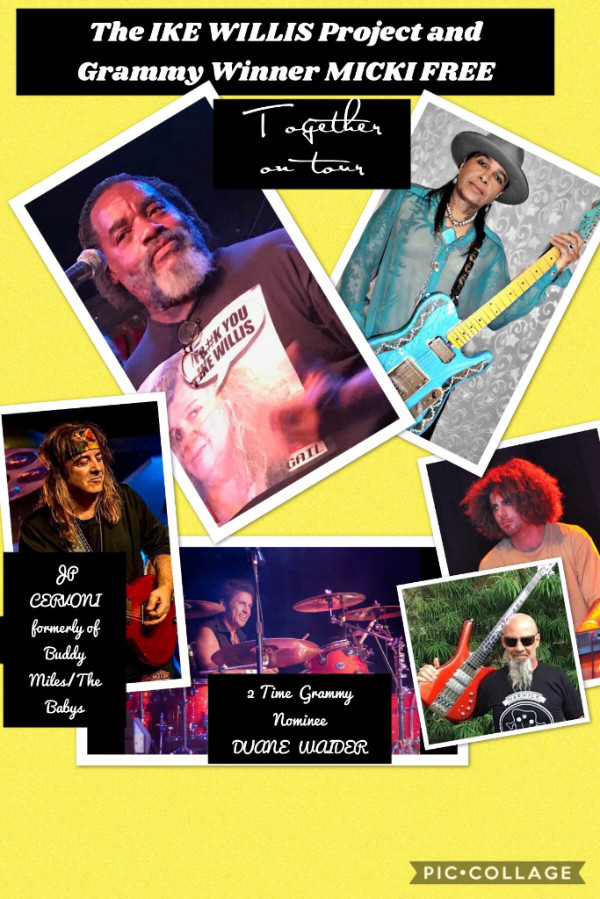 Guitarist Ike Willis appeared on countless albums and tours with the legendary Frank Zappa, and recently returned to the rock scene as the leader of the Ike Willis Project. Joining Ike on the tour is another extraordinarily talented guitarist, Grammy winner Micki Free, who will be opening the shows for the Ike Wills Project at the beginning of October.

Both artists will be performing separate sets (and sharing the same backing band), with Ike performing the material from his 2 solo releases, along with doing some of the Zappa material he is most known for – with both artists uniting together at the end of the night for a finale. To check out recent music videos by each, follow these links:

First discovered by Gene Simmons, Free won a Grammy as a Prince protégé in the RNB/Soul/Funk band, Shalamar, and landed songs in Beverly Hills Cop and Footloose. Free then became part of the great 80’s rock band Crown of Thorns (with Jean Beauvoir), who were a major hit on the European charts, before eventually reuniting under their names in 2015 as Beauvoir/Free.

Free’s latest solo blues release, ‘Tattoo Burn,’ was recently reissued as ‘Tattoo Burn Redux’ (via Mysterium Blues Records), and has been on the Blues Radio charts since May, usually never below 27 on the Top 50 Album charts and as high as 3, and has had between 3-5 songs on the top 50 songs charts.

Ike Willis was one of Frank Zappa’s most dedicated sidemen – as both a vocalist and guitarist – and continues the tradition with reverent authenticity today.

In addition to his own progressive projects and solo material, Ike continues to carry the Zappa torch by contributing to Zappa tributes and appearing at the annual Zappanale Festival in Germany multiple times.

Ike is proud of the superstar lineup that comprises his band, including guitarist JP Cervoni (Buddy Miles and The Babys) along with two time Grammy nominee drummer, Duane Waider, keyboardist Shane Cotter (The Chambers Brothers and Bo Diddley), and Robert Byrnes on bass who recorded with Michael McDonald.

Don’t miss a chance to see Ike and his band live as they play it all!