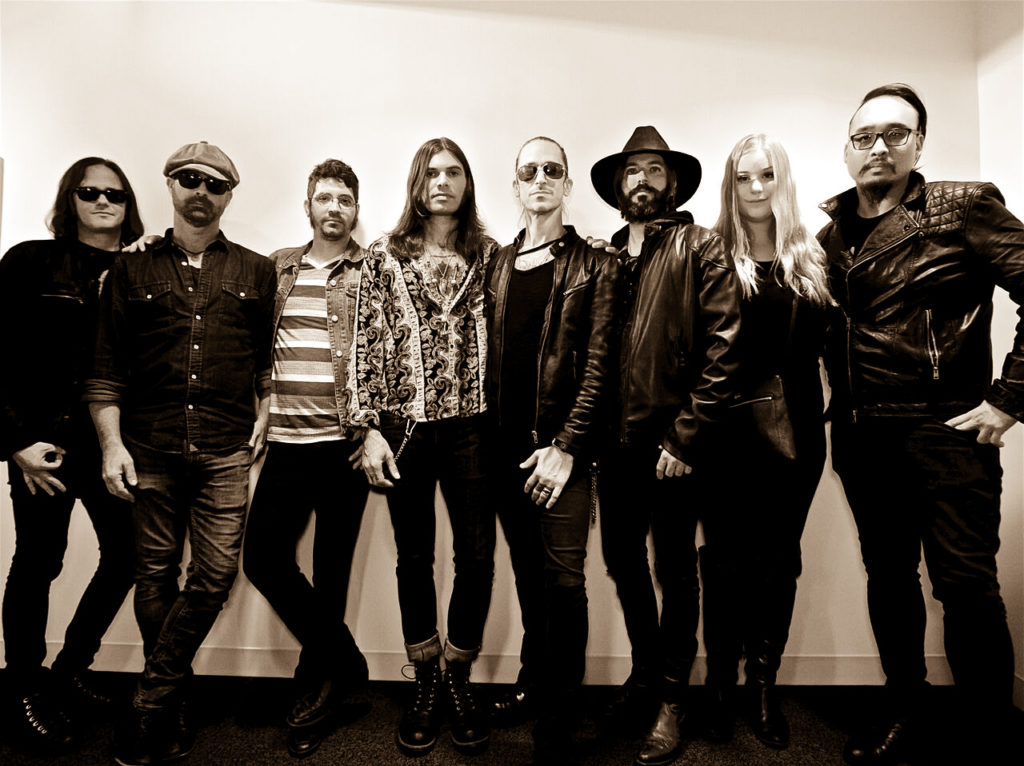 “Fall” blends elements of psychedelic rock, soul, and blues, set to a down-tempo waltz that features Perri’s signature, fierce guitar playing and haunting lead vocals. “This was the kind of song that almost wrote itself,” said Perri. “It’s honest emotion. Once I got into the groove it was done in a matter of minutes.”

The track also features fellow Thieves Justin DiFebbo (K-Floor) on Hammond Organ and Synth, Jimmy Gnecco (Ours) and Hannah Gernand on background vocals, and Kevin Rice (Christina Perri, Mike Posner) on drums. The single follows a plan laid out by Perri last January, for yearlong music releases: chapters of a 12-part story showcasing the singing and songwriting talents of its various collaborators.

“I don’t like the idea of asking people to wait for music anymore, especially for long periods of time,” said Perri. “With this project, we can share our music as it comes to fruition, bringing our fans along on the journey in real-time.”

“I wanted the sonic and visual aspects to line up and become one, and I think we achieved that and more,” said Perri. “It was an honor to work with such incredible performers who brought this music video to life.”

Perri said The Underground Thieves will continue releasing one new single, or “chapter,” as often as possible until all 12 songs are complete. At that time, the band will compile the chapters into a full-length album to be distributed both physically and electronically.

“Fall” — is now available on iTunes, Spotify and other major music networks. It was mixed and mastered by Marc DiSisto, whose credits include Pink Floyd, Joe Cocker and Don Henley, among other classic rock and pop icons. DiSisto also engineered Silvertide’s “Show & Tell” album, on which Perri was lead guitarist and co-songwriter.

The Underground Thieves will perform at The Ardmore Music Hall in Philadelphia on Dec 23rd, a concert which will be recorded for a forthcoming live album. Tickets are available through the band’s website.